The house system was re-introduced in 2008. Students are divided into the following houses: 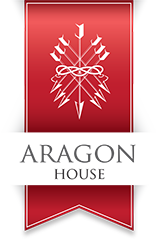 Aragon House represents the international ethos of the School. It takes its name from Catherine of Aragon, the mother of Queen Mary.

The arrows of Aragon currently displayed on the school badge are its symbol, and its red colour is taken from the colours of the flag of Aragon. 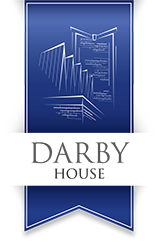 Darby House represents the spirit of enterprise that characterises the school. It is named after Mr SL Darby, who was Headmaster of the School between 1956 and 1979. His enterprising leadership brought about the new buildings at Mayfield and the purchase of Farchynys.

Mr Darby was also responsible for the preservation of QM as a grammar school. The symbol of the house is the distinctive skyline of the buildings and the house colour is blue – the colour of the school blazer. 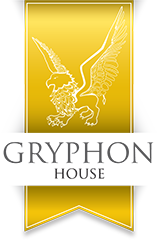 Gryphon House represents the spirit of community which distinguishes Queen Mary’s. It is named after the heraldic device which forms the crest of our Founders, George and Nicholas Hawe.

The symbol is shared, appropriately, with the QM Club. The gryphon on the Hawes’ coat of arms in the Hall is gold and the house colour is its modern equivalent: yellow. 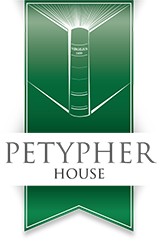 Petypher House represents the academic tradition of Queen Mary’s as a Grammar School.

It is named after the first known Headmaster and takes as its symbol a book (a copy of Virgil’s Aeneid) which is known as Petypher’s Virgil and is one of the school’s oldest possessions.

We have selected green as the colour as this was used as the livery of the Tudor monarchs in the 16th century.

This may be a good place to introduce yourself and your site or include some credits.